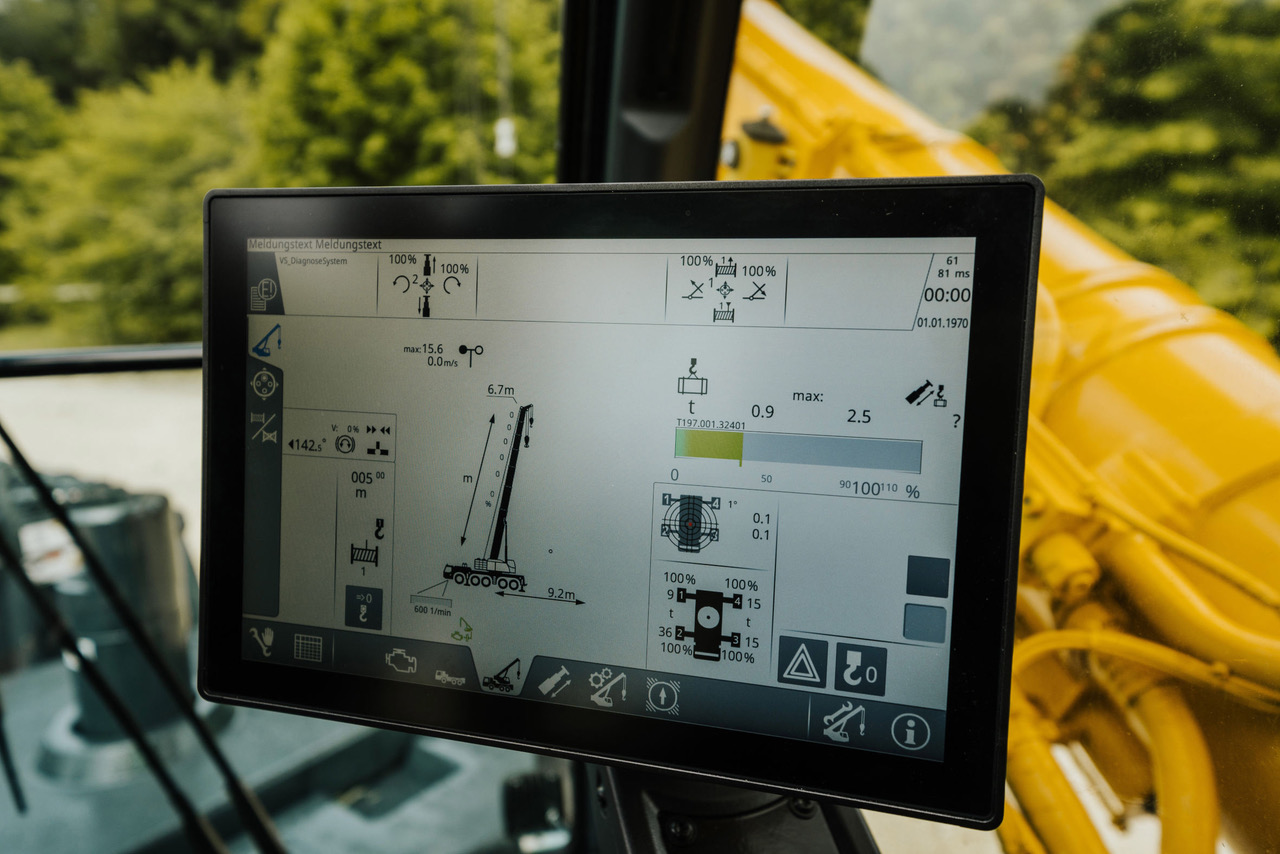 The five-axle crane, with 60 metre telescopic boom and variable axle loads, has been given a new software package and programming language as well as a faster database, significantly more storage space and more computing power.

Nikolaus Münch, head of the control system department at Liebherr in Ehingen, explains: “During the development of the new control system, it was important to us that crane operators, who are familiar with Liebherr cranes, would be able to get used to the new control system quickly and easily. At the same time, we must be future-proof as the progress currently being made in microelectronics is immense. Complex applications, such as VarioBase®, which require a great deal of performance data, can now be developed more frequently in the future. The current LICCON2 control system is reaching the limits of its capacity.”

The design of the new driver's cab has been developed in collaboration with designer Jürgen R. Schmid, Design Tech, Ammerbuch (Germany) and was rewarded with the renowned American GOOD DESIGN® award 2020 in the “Transportation” category. Liebherr first unveiled its new driver's cab at Bauma 2019 to obtain feedback from customers at an early stage of the development process. The company has managed to implement lots of ideas to mark the start of series production.

The modern design features premium materials and timeless lines as well as delivering a whole host of improvements for the crane driver, including a new multifunction steering wheel, side roller blind on the driver’s door, improved instruments and modules as well as new displays. Options, such as the central locking system with remote key, the cool box and tyre pressure monitoring system deliver additional comfort.

Josef Schick, head of the testing department at Liebherr, said: “As a result of the close collaboration with ZF and a very intensive phase of testing, the new gearbox version is now ready for widespread use. The cooling performance of the DynamicPerform clutch module has been significantly increased yet again by means of improvements to various hardware components. The model has also been refined for calculating the disc temperature. Vehicle tests in a refrigeration chamber at temperatures as low as minus 40 degrees have confirmed that DynamicPerform works very well even in extremely low temperatures. We have managed to solve all the initial problems. Overall we can safely say that there are worlds of differential between a dry clutch and the new wet starting clutch!”

Initially, Liebherr plans to install DynamicPerform in its 5-axle mobile cranes on a step by step basis. On mobile cranes with six or more axles, Liebherr intends to continue to use the ZF 12-speed TraXon Torque gearbox with starting converter, which in addition to zero wear manoeuvring, also delivers an increase in torque.