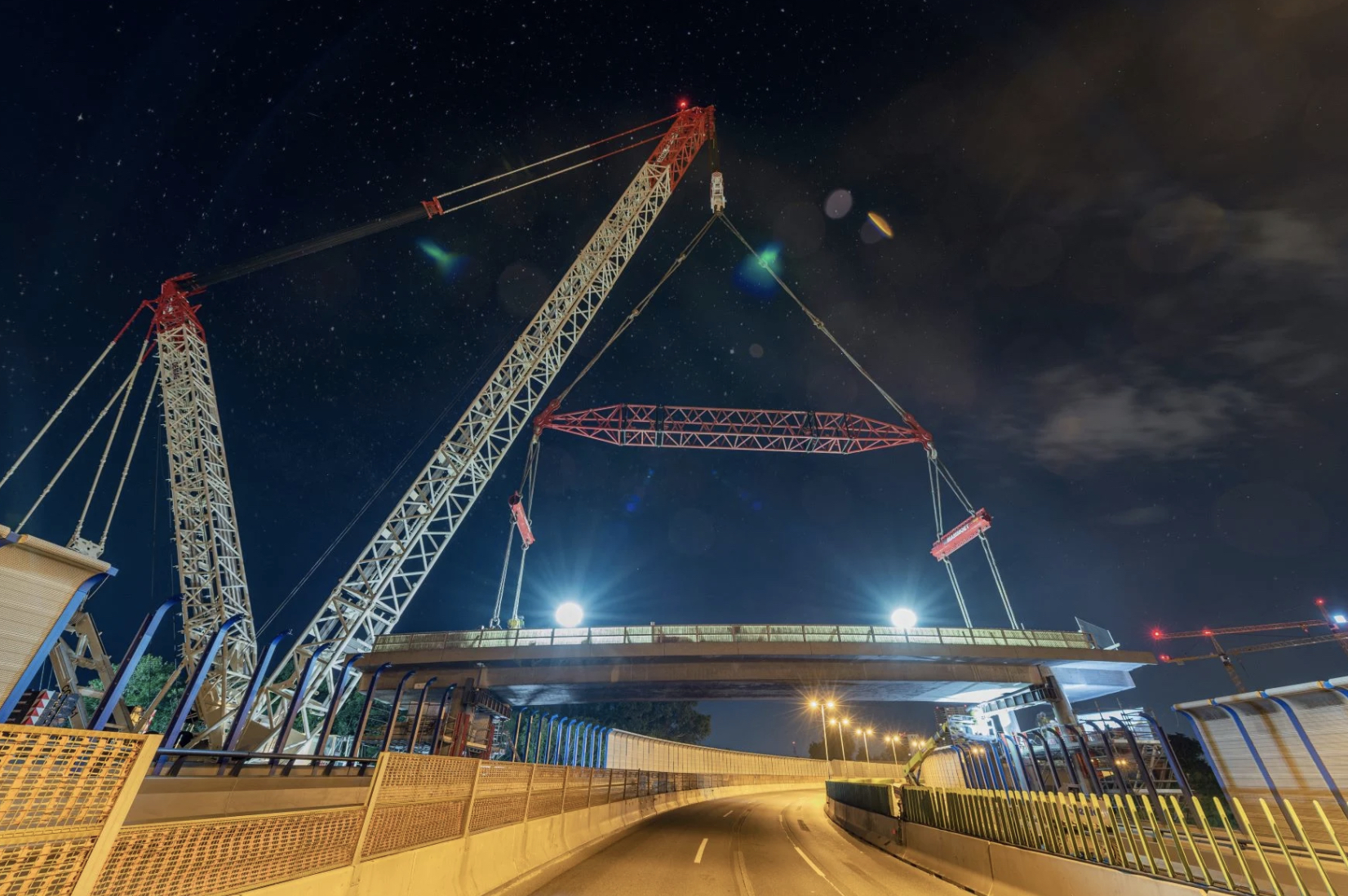 More than 30 years ago, a freeway junction on the Vienna southeast tangent in Austria was built but never put into operation. As part of a recent redevelopment program, the last bridge section of this "closed exit" would be demolished.

Due to an elevated road below and confined space around the tangent, the 43m long, 550t bridge could not be demolished in a conventional way. In order to develop a safe solution, the client ASFINAG contacted Mammoet at an early stage.

The planning phase of the project started 12 months before its execution. Working in continuous contact with the customer, its technically complex crane lifting phase was engineered in detail several times until the optimal solution was found. Suggestions were also made for optimising the rigging configuration.

Furthermore, as the Danube is usually at low water in August, transport of equipment to the site was planned by road as a precautionary measure so as not to jeopardize the scheduled execution date. A total of around 100 truck trips including 20 special transports was drawn up.

The solution was to lift the bridge section in one piece and place it at the side of the tangent. Work could only be carried out on one side of the road due to the congested surroundings, so only a DEMAG CC 8800-1 crane could be considered.

The crawler crane, which is one of the largest in Europe, was configured for this application with a main boom length of 78m. The experienced team needed just one week for its erection.

During execution, a section of the southeast tangent - a busy route in Vienna - had to be fully closed in both directions. Two short time windows were planned for the work in order to disrupt traffic as little as possible. In addition, the crane’s location was in the airport's approach corridor, which made air traffic control measures necessary.

“For the heavy lift, it was particularly important to exactly calculate the centre of gravity of the bridge in advance and to precisely adapt the rigging equipment to it,” said Gernot Öder, manager crane and transport projects, engineering and project management at Mammoet.

“In this case, a 31m long special spreader beam for a load of 650t was required. The weight of the rigging equipment alone was 70t. An ‘integrated stinger’ as fitted to the superlift of the 1,600t crawler crane also enabled the fast changes of the load.”

Due to precise planning, very close cooperation and an innovative crawler crane solution, Mammoet was able to carry out the work safely and even finish it ahead of schedule. After the end of the construction work, a large part of the area is to be renatured as a local recreation area.