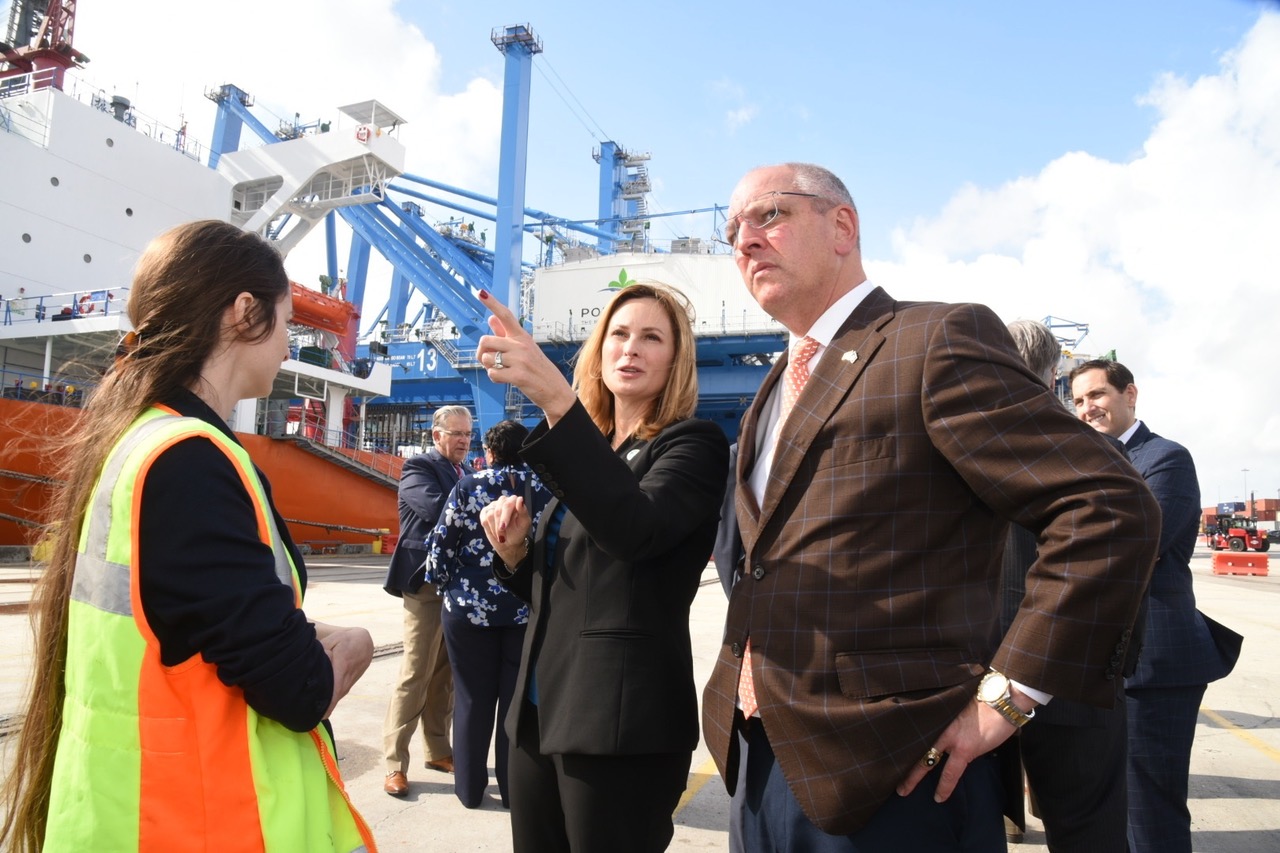 The $112 million investment, which included $49 million for the construction and delivery of the cranes, and $63 million to modernize the wharf and extend the crane rail infrastructure, began in 2019 when Port NOLA’s board of commissioners approved the project.

The four new gantry cranes are part of the port’s plan for the gateway, which includes optimizing facilities in New Orleans and building the Louisiana International Terminal, a new container terminal, in St. Bernard Parish.

The Governor said: “This is an exciting example of Louisiana investing in port infrastructure to support the nation’s supply chain of the future. It is a great day for the Port of New Orleans and the outstanding men and women who work on the Lower Mississippi River.

“Containerized cargo has more than doubled over the last decade at the Port of New Orleans and this investment positions Louisiana to grow a major economic engine and job creator.”