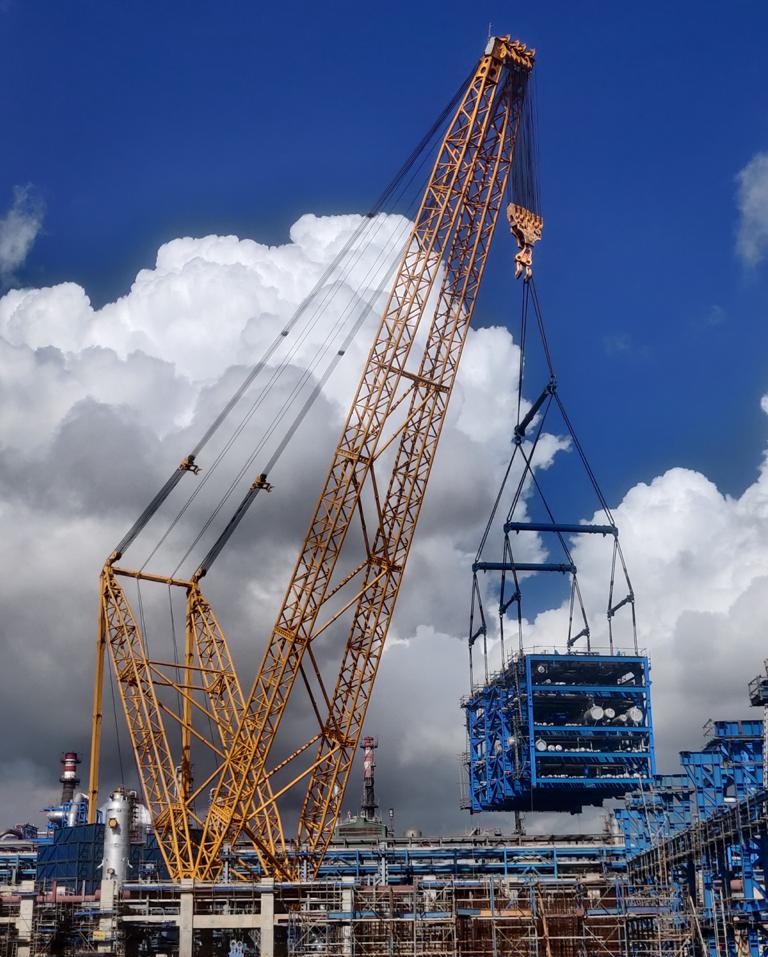 Sarens has deployed its SGC-120 crane for use at the HPCL Refinery in Andhra Pradesh, India.

The crane was hired by client L&T Hydrocarbon Engineering Ltd. and will remain on site for just over seven months, including assembly and disassembly. Its presence there serves HPCL’s vision of modernising and expanding the Vishakhapatnam refinery while nearly doubling its production capacity.

During its time on site, the SGC-120 will be used for a series of super-heavy lifts, including for five of the world’s heaviest LC MAX reactors weighing 2.210t and four other similar reactors. The crane has been specially reinforced and prepared to lift these extremely heavy loads. In addition to the reactor lifts, the SGC-120 will be lifting some of the heavy pipe rack modules on site for which special lifting arrangement has also been designed and provided by Sarens.

Navneet Jain, regional director, South Asia, said: “Modularisation considerably reduces the time and cost of the project for the client and Sarens, with its diversified fleet of equipment and proven experience of lifting heavy modules, has proven to be the best heavy lift service provider. Clients are already approaching Sarens with the intent of having all lifting services under one roof, and providing these SGC cranes is an important part of that vision.”