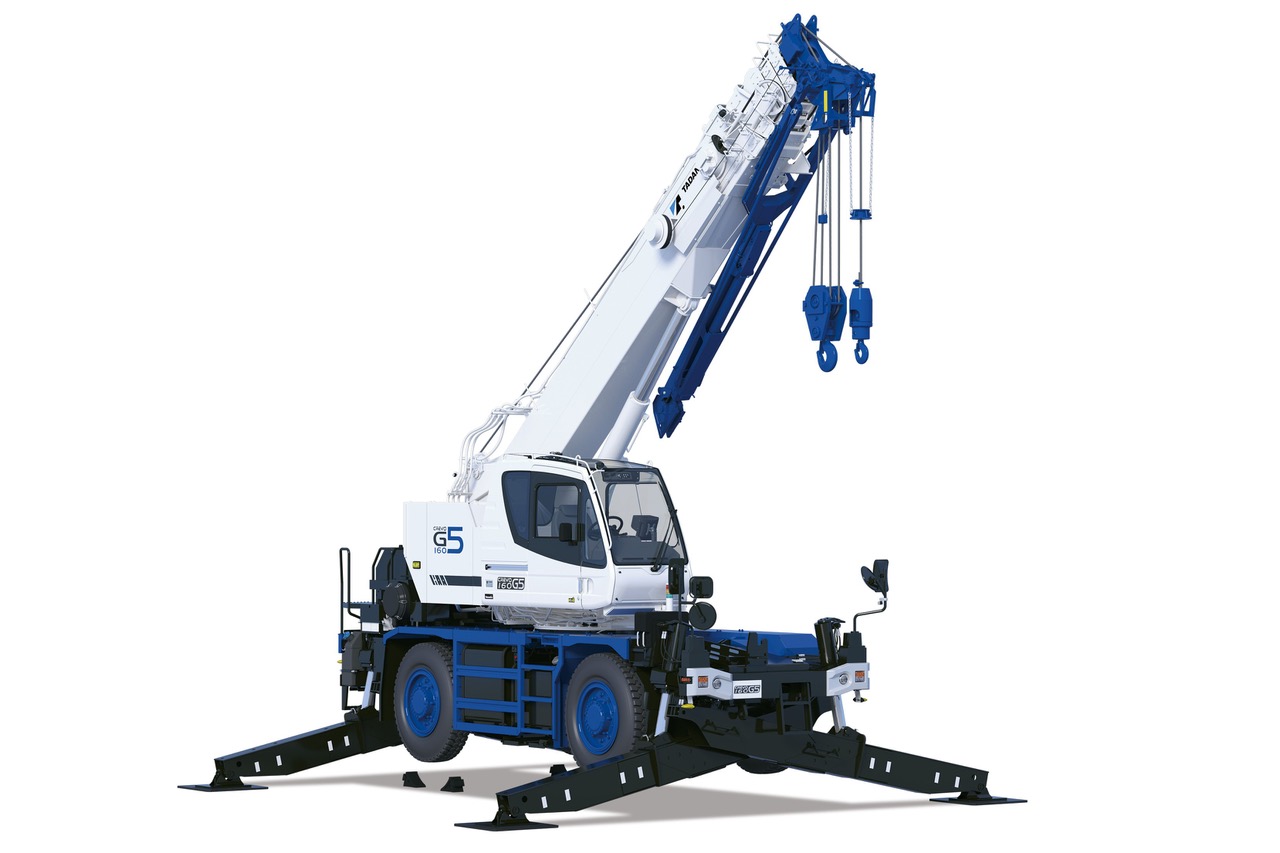 The GR-160N is the fifth generation of Tadano’s CREVO series since it was developed in 1995. The CREVO160 G5 follows the CREVO250 G5 that was released in September of last year, and is the second entry in the G5 Series.

The new model retains the compact body size of the earlier model, while extending the maximum length of the boom by 50cm to 28m. It boasts reduced CO2 emissions and fuel consumption, as well as a diesel engine that complies with EU Stage V emission standards.
This model retains the same vehicle dimensions and weight as the earlier model while extending the maximum boom length. In combination with the 6.9m power tilt jib, this helps improve the efficiency of high lift work.

Crane operations are carried out on a 12.1-inch colour touchscreen panel.