Transbiaga gets to work on Spain’s largest wind farm 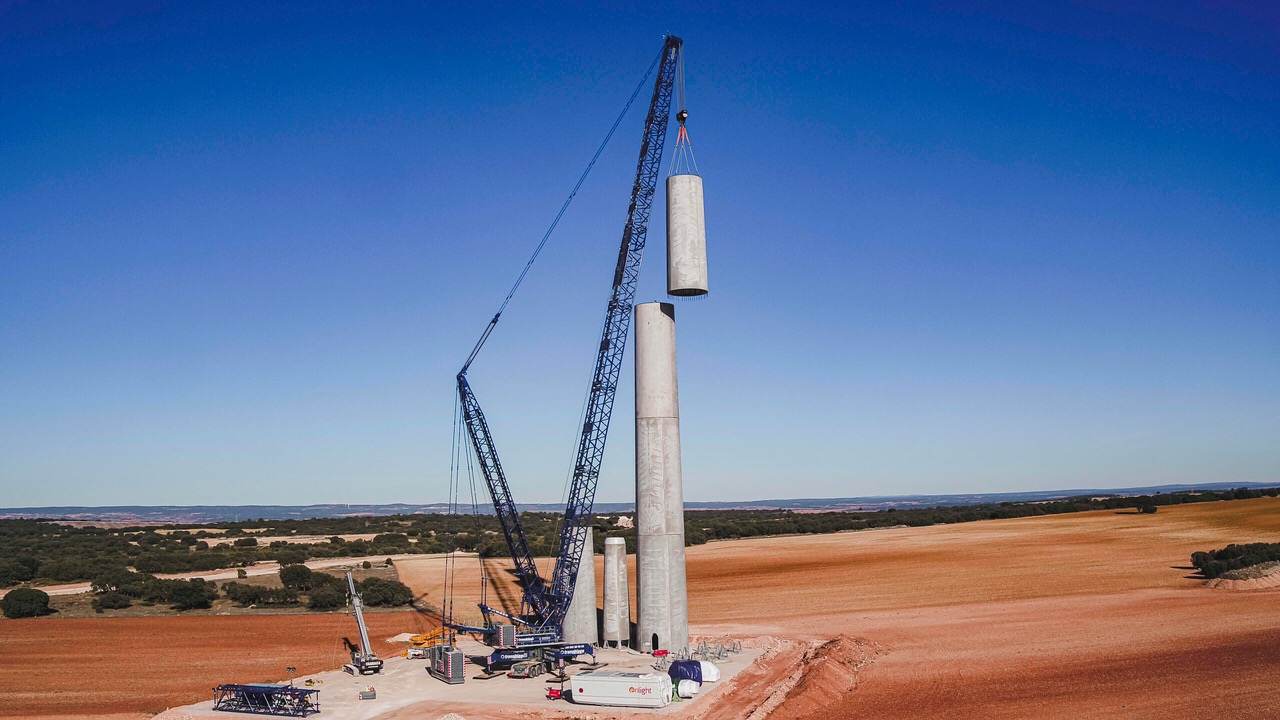 Crane and heavy transport company Transbiaga has been selected to install the largest wind farm in Spain.

The Gecama wind farm, owned by Enlight Renewable Energy, is to be built in a single phase. Located in the province of Cuenca, it will cover an area of 41km2 and have almost 80km of road network. Gecama will have an installed capacity of more than 300 megawatts and will generate around 1,000 gigawatt hours per year and save 160,000 tonnes of CO2 emissions.

Transbiaga will use three new Liebherr LG 1750 lattice boom mobile cranes to erect 67 wind turbines with 120-metre hub heights. The cranes have been configured with 165-metre main boom and F-jib. The components of the concrete towers weigh up to 255 tonnes. The nacelle, including the generator, weighs 140 tonnes. The rotor blades weigh 21 tonnes and are 74 metres long.

An additional LG 1750 crane will be supplied by Grúas Ibarrondo, who is partnering with Transbiaga on this project.

The turbines were manufactured by the Nordex Group, one of the world's largest manufacturers of wind turbines, based in Hamburg and Rostock.

Jon Usabiaga, CEO of Transbiaga said: "We are proud that such renowned customers as Nordex trust us to carry out this type of wind project. This means that we are among the benchmarks in the industry worldwide, both in terms of the capacity of our fleet and our work teams, and in terms of maintaining high safety and quality standards."

Transbiaga has a fleet of 49 cranes.